Wall-hung or table-top extractor hood? Which one should I choose? 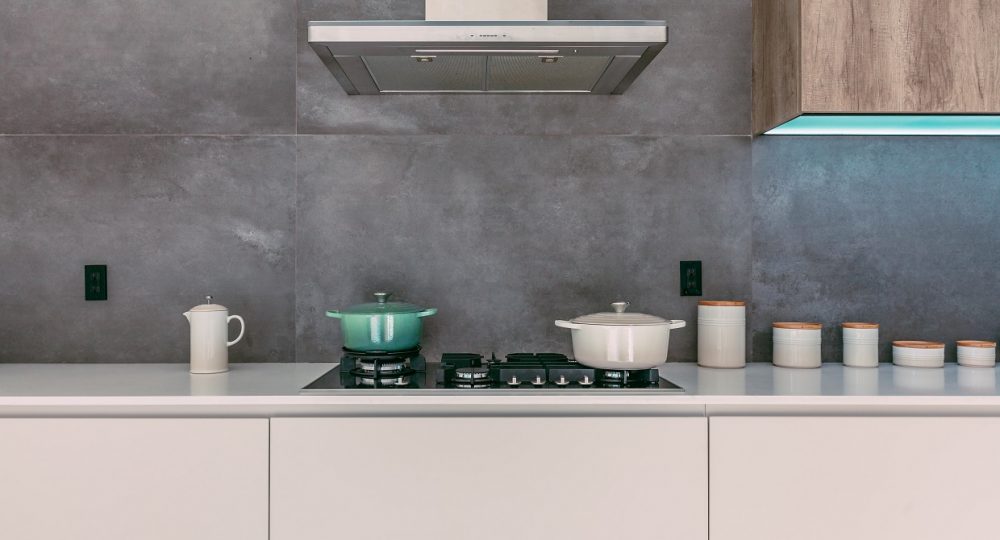 In the kitchen, the most important thing is practical equipment that will make everyday life easier and more enjoyable. For example, it’s hard to imagine cooking without a hood. Which model will be the best? We help you choose.

The main function of a kitchen hood is to remove cooking odours and steam. Thanks to the operation of the hood, kitchen appliances, furniture and walls are not covered with greasy deposits which are difficult to remove and intense smells do not spread around the house. In addition, a well-chosen cooker hood can emphasize the kitchen design and be its (functional) decoration.

The types of hoods available on the market include

When choosing a hood, several factors should be taken into account, including the location of the ventilation hole, the amount of space in the kitchen and its layout. It is also worth noting the filters in the hood, the extraction mode, mechanical and electronic controls, the diameter of the air outlet, additional features and the maximum efficiency of the equipment.

Among the types of hoods mentioned above, island (hanging) and countertop hoods are characterized by good parameters. Below we present what you should know about them.

Suspended hood – what makes it different?

Hanging hood, or rather island hood, is one of the most advanced, and thus the most expensive. It consists of a base and an exhaust pipe. It works especially well in those kitchens where there are islands with a cooktop in the middle of the room. This type of hoods are not mounted to the wall, but to the ceiling.

Wall mounted hoods are characterized by high efficiency and more powerful motors, but they are also quite large – their width is about 90 cm, so the kitchen where such a model would be mounted should be at least 20 m². Also note that the width of the island hood cannot be smaller than the width of the cooktop. Only cylindrical canopies with slot extraction can be narrower than the hob.

Table top hood – why should you choose it?

Countertop hood is a modern and innovative solution that is gaining more and more popularity. It is distinguished from other models by the fact that it is not mounted above the hob but in the worktop, usually between the wall and the hob. Interestingly, it can be either hidden in the worktop and pulled out only while cooking, or pulled out permanently, to a height of about 40 cm above the worktop. Despite its small size, it is characterized by a powerful motor.

Countertop hoods are particularly suitable for small kitchens where space is at a premium. Traditional hoods can also overwhelm the room, while countertop hoods are invisible, so they in no way interfere with the aesthetics of the kitchen. It is also worth noting that they work quieter than hanging models, and this is due to the installation of equipment along with the motor in the countertop.

Lighting for the terrace – how to plan it?

Wall decorations for living room – what will work in boho style?