Diseases of roses – how to prevent them? 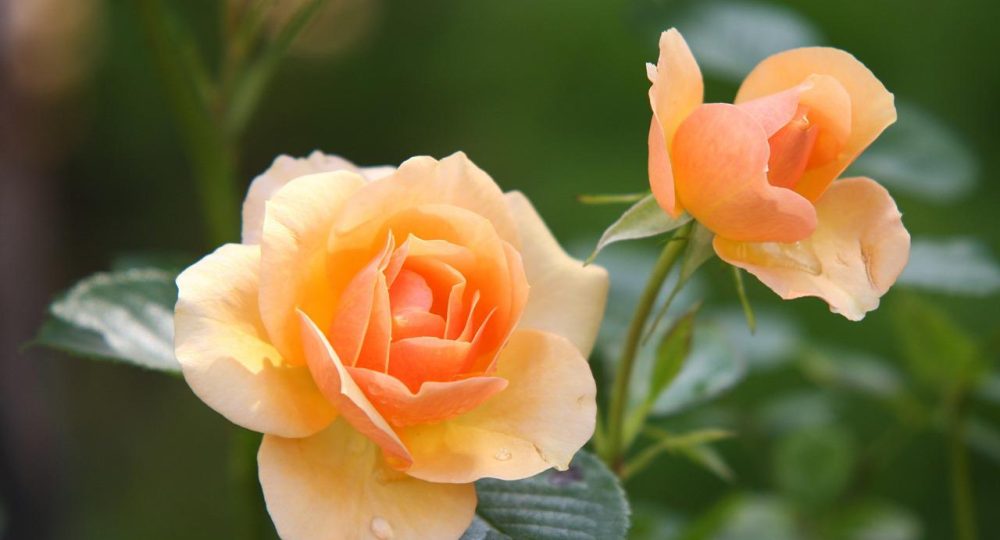 Diseases of roses cause the weakening of plants and contribute to the loss of their ornamental qualities. They also often lead to the complete extinction of roses. It is worth knowing not only how to combat flower diseases, but also how to prevent them.

Beautiful and fragrant garden roses have been among the most popular flowers for many years, mainly for their ornamental qualities. However, if we do not take care of proper growing conditions and care, sooner or later pests and diseases will appear and destroy our plants. How to recognize and prevent them? How should the proper care of roses look like?

Diseases of roses – symptoms and control

Diseases of roses are often due to mistakes in cultivation, but they can also be caused by fungi. Symptoms can usually be seen on the leaves, on which discoloration, spots and raids appear. The first such symptoms should prompt us to act, as ignoring them will lead to leaf drop and the death of the plant.

Among the most common fungal diseases of roses are:

We can also distinguish diseases of roses associated with improper care. Sometimes it is clear that the bushes are languishing, although the symptoms characteristic of fungi are missing. The poor condition of the plants can be the result of improper care.

Blackening of shoots in early spring is most often due to frosts. If you remove the mound of soil with which you protected the roses during the winter months too early, sudden frosts in April or May can damage the plant. Blackened shoots should then be cut off and sprayed with an antifungal agent.

Roses can also become ill due to nutrient deficiencies in the soil. Yellowing of leaves can indicate iron and magnesium deficiencies, called chlorosis. Insufficient phosphorus manifests as a purple color, and potassium as a red color. On the other hand, light coloring of leaves means too little nitrogen. In such situations, the use of fertilizers to nourish the soil will help.

How to prevent diseases of roses?

First of all, buy healthy seedlings, it is best to choose disease-resistant rose varieties. Plants should be planted at the right spacing, because roses need space, they should not be planted too densely. Avoid growing roses on periodically flooded and waterlogged soils, and choose sunny positions.

Regular care should be based on watering (near the ground, do not soak whole plants!), balanced fertilization and pruning adapted to the group of plants or species. Let’s also systematically remove fallen and infected leaves, bloomed inflorescences or damaged and drying stems.

Makeup corner in the bathroom – what do you need to know ...