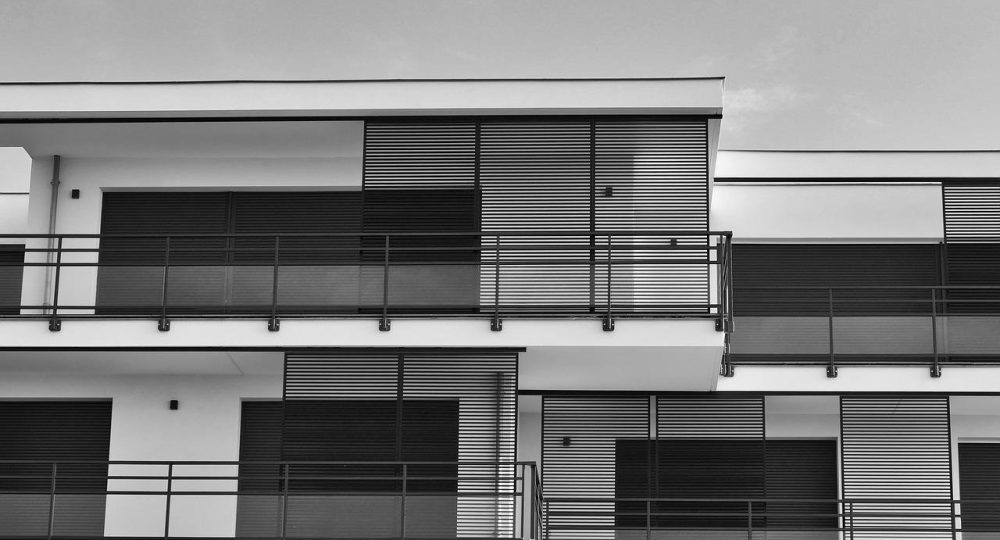 Many people associate flat roofs with socialist architecture. However, you can find plenty of designs for modernist buildings, in which a flat roof emphasizes the modern look. We examine how flat roofing should be designed and constructed.

Developments in technology and increasingly better quality building materials make it possible to create flat roofs in a durable and trouble-free manner. Until recently, buildings with flat roofing were associated with outdated aesthetics, but today this type of solution is increasingly appearing in modern and minimalist designs.

A flat roof is also called a flat roof. It consists of a thermal insulation layer and a waterproofing layer. In fact, flat roofs have a slope that can not be less than 3 degrees, most often it is about 11 degrees. In single-family housing we usually find reinforced concrete roofs.

Construction of a flat roof step by step

Flat roofs are constructed according to certain rules.

At first, we should make the first bitumen vapor barrier layer. The reinforced concrete surface should be primed, and then lay a layer of tar paper, or bitumen vapor barrier. It is airtight and effectively protects the thermal insulation from the penetration of moisture from inside the building into the roof layer, and it is also difficult to damage mechanically. In addition, it can serve as a temporary waterproofing. Importantly, it serves as an emergency waterproofing, in case the top layer of waterproofing is punctured.

The main insulation maintains the energy efficiency of the building and prevents heat loss. The thermal insulation layer must be dry in order to perform its functions properly. In a traditional roof layout, we need to protect it with a vapor barrier and a proper waterproofing layer from the top.

Each material is distinguished by different properties, so they should be used according to the functions of the roof.

The pitch layer of a flat roof is made of prefabricated polystyrene wedges, which increase the thickness of the main insulation, and thus improve the thermal insulation of the building. The distribution of wedges and their slope can be almost freely shaped, so we can influence the final appearance of the roof surface.

Styrofoam wedges are lightweight and make it easier to work with TOPWET system roof drains, which are easier to place in the styrofoam layer than to sink into the concrete or to carve out a place for them after the screed has set.

The bitumen membrane system is a two-layer system consisting of a self-adhesive underlayment membrane and a thermally welded top-cover membrane. The self-adhesive membrane is laid very quickly and easily, without additional equipment.

When welding the top-cover membrane to the underfelt, the bitumen of both layers is combined, making them stand out for their durability and tightness.

The bitumen roofing membrane system overhangs the attic, which surrounds the crown of the house. This provides resistance to lingering snow that creates problems with the arrangement with gutters. Roof drains are used for water drainage. Their integrated flanges ensure the tightness of the entire system.

How to match the color of window frames to the facade?

Diseases of roses – how to prevent them?